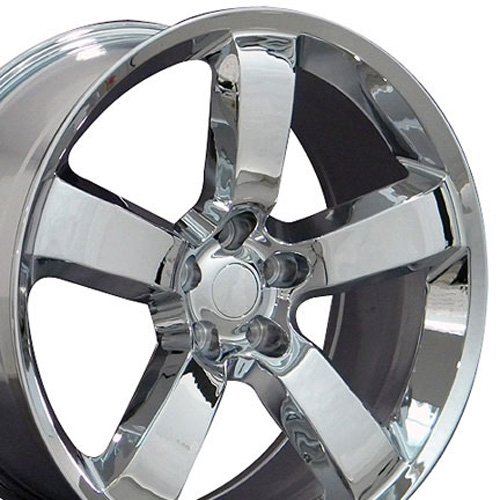 Chrome: Many myths surround the process of chrome plating. The majority of sellers out there have incorrect information and have not researched the process of chrome plating or spent time in plating facilities as OE Wheel Distributors has. We believe in research. Triple dipped or triple plated chroming is simply not the true process. The correct process lies within the preparation of the wheel prior to the plating. The first layer of plating is copper, which adheres to the wheel and creates a smooth foundation. The second layer is nickel, which provides the hardness or durability to the finish. The final layer is chrome, which creates the cosmetic finish. Just as important as this process is how long the wheel is left in the plating tank and how often the plating solution is replaced.

DOES NOT FIT vehicles equipped with upgraded or performance brakes such as Brembo.